History- Where did the Saxons come from? 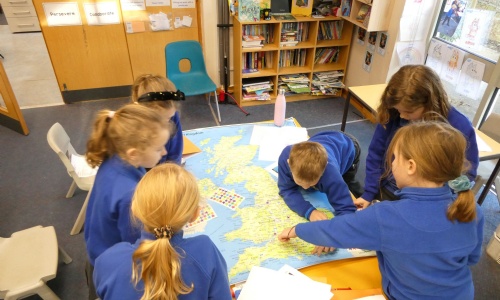 Today pupils where learning about where the Anglo-Saxons came from and where they settled in Britain. We looked at a map of Britain and found place names with Anglo-Saxon origins like 'bury' and 'port.' We also found towns and cities with Roman place names with 'ester' on the end like Manchester and Leicester.